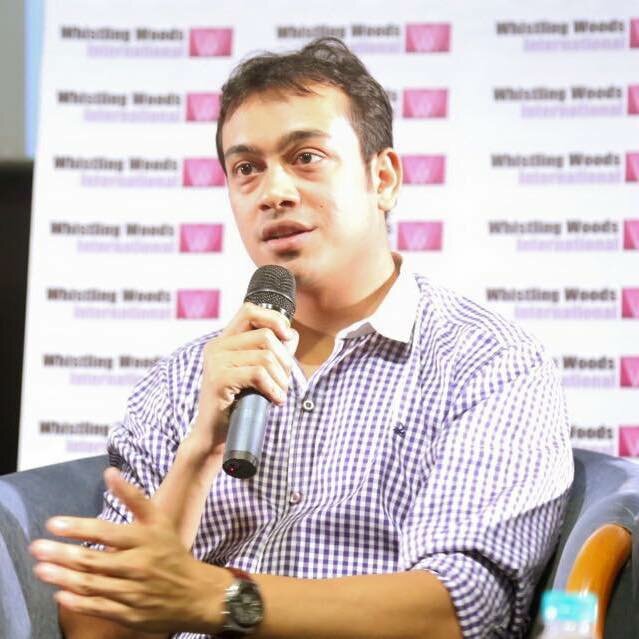 Abhishek Jain, many few people will be there who don't know about this persona. " Kevi Rite Jaish"," Be yaar"! Now you get it. Yes, meet this person who made these kovies possible which changed the way we look at Gujarati cinema. The path breaker of " Dhollywood". Lets have a look at how Mr.Jain looks at his life.

Que. Your childhood was very star studded. Actor at such a small age,How did that feel? If you remember something from those days?

First thing, my childhood was not star studded. I belong to a middle class business family, doing children's theater was not a luxury then, nor is it star studded now. It was sheer outing into something really fascinated me as a child and also sort of an excuse to exempt myself from 3 subjects (Gujarati, Sanskrit and PT), which today I regret and feel that I should have balanced both of it and not skipped my studies into Gujarati. My childhood was as normal as any city boy, we used to go to school to bunk classes and play sports or participate in various activities, the dreams were as common as anyone would have, to become either a cricketer, army personnel or police man. I have hopped a lot of schools due to my mischievous and rebellious behaviour which was not accepted in the scheme of disciplinarian institutions. But when it came to studies, I made sure that I never disappoint my parents and get good results to be also in the good books of the school teachers. Otherwise, everything was as normal as anyone else's childhood.

Que.You are a business graduate!! Than you went to Whistling Woods!! What do you have to say about that experience?

The journey so far is really exciting, lot more to explore and lot more to do. I am not a very ambitious guy who had hadplans for the next years and all. I live in the moment and take my calculated decisions on the other end. From graduation in business administration to joining a film school for post-graduation was really a drastic drift in the field. Coming from a city like Ahmedabad, which was not too exposed to cinema literature or cinema as academics, it was a difficult time in the film school to cope up with the others who already had immense knowledge about films and cinema. I dedicated myself to the library and made it my second home, watching a lot of films and reading a lot about cinema. Other than that somehow even today i believe my education in business administration comes handy to me in filmmaking because beyond creativity, filmmaking deals with a lot of managerial aspects which was imbibed in me since the childhood because of my family's business background and my graduation in business administration.

Que.Why you choosed Gujarati Films to work and didn't go for Bollywood ?

After film school I was pretty much convinced to settle in Mumbai working for big banners like Mukta arts and Sanjay Bhansali films, but there was something which was disturbing me and pushing me towards my land, Gujarat. I was craving to tell the stories I am born with, bring out the stories of Gujarat on screen and I making Gujarati films the best fit for me. To tell stories in Gujarat through Gujarati films was a choice and I chose to come back and start writing. It was not that easy because after coming, I realized that there was no such content where youngsters would really want to go and watch Gujarati films. There was a certain vacuum which had to be filled and that is when I took the decision of plunging into it completely not only in capacity of a film director but also as a producer, marketer and distributor.

Que.Kevi rite Jaish!! When your father asked this question to you when you declared direction as your career choice? How did that go?

There was no such question asked by my father. His brief was very clear, whatever you want to do, take the route of academics and thus film school happened and secondly he told that if filmmaking is what you choose to do, then make sure that you are getting into the business of filmmaking. I had two choices either to convince him or get convinced and thus to convince him, I made a proper plan for my forthcoming years (which I am sure didn't really go that way) but for that moment it worked and the plan was quite full proof, thus he agreed to it and I was sent to the film school.

Que. BeyYaar is considered to be the best benchmark for any debutant director who wants to work in Gujarati cinema, How does that feel?

I don't find beyyaar as a set standard or benchmark for anyone, not also for my own self. I think there is lot more to say, much better way to make films and there are immensely talented people out there to do some wonderful things for Gujarati cinema, they just have to be channelized towards making a regional film and motivated enough to continue making the same.

Que. Subhash Ghai is your mentor. Do you adopt his style in movie making? and why?

I am not following anyone's path as such. True that he is my mentor, but there are much bigger things to learn from him and adapt from him. Coming on screen is just a chance and not that i pursue myself to come on screen everytime, it is fun to know what your actors go through when you are directing and when you are directed by your own self, it is challenging too. But I dont see myself doing full fledged roles or playing lead or anything of that kind. It is just an experiment and shall only limit to it.

Que. Abhishek Sir, You are a change maker in Gujarati films and challenged the traditional views on it!! What are your next plans for path breaking?

Firstly, I don't think that any individual has the capacity to be titled as the changemaker. why only me? one should give credit to my entire cast and crew to be part of the changing times, they equally contributed towards the change and more than anything they laid their trust on me when I said that I want to make a Guajrati film. Same way, there are so many people who have been making Gujarati films, they are also change makers. So, it's a movement and I am just part of it and I am glad to be able to contribute towards that movement with 2 films of mine. That's about it. Talking about the next plan, CineMan Productions Limited (the company for which i work) has got plans to produce Gujarati films where the director is not going to be Abhishek Jain but they want to have newer directors and also they have started a wing for marketing and distributing Gujarati films other than the ones made under the same banner. I am contributing towards that aspect of the business and as a director I have nothing to make as of now and thus will take another couple of years to come up with something as a director.

Que. How was your experience being a writer?Aa to Just vaat che!!!

I completely enjoyed writing the first book, it was part of my bucket list- to write a book someday. I never thought that it would happen so early and it would have a tonality of biography. It was more of documenting my own journey, and it shaped up into a book. I am not a fiction writer, nor do i intend to catch up on that profession, I am happy being a screenplay writer than anything else.

There are many Gujarati movies to look up to in the coming year and Premji, vitamin she, bas Ek chance and films which are not mentioned here, all have one thing is common, that is young directors and fresh ideas! It is so wonderful to have a wagon full of similar age group who want to dedicate themselves towards making a film in their own language. I am positive about this momentum and personally think that there are many more subjects which will be touched upon by many other filmmakers in the coming years. Looking forward to see a year full of Gujarati movies week after week.

Que. Any advice you want to give to youth!!

I might sound very cliche right now, but I have been saying this at every forum where I am invited to talk- that youth today is bombarded with lot of information and in midst of this gamut we forget to have our own opinions and our own point of view. A world view of our own is what is needed today, which shall make the generation a positive and dynamic league to look forward to. Do what you think is right, do what you love and do it with utmost dedication and passion. 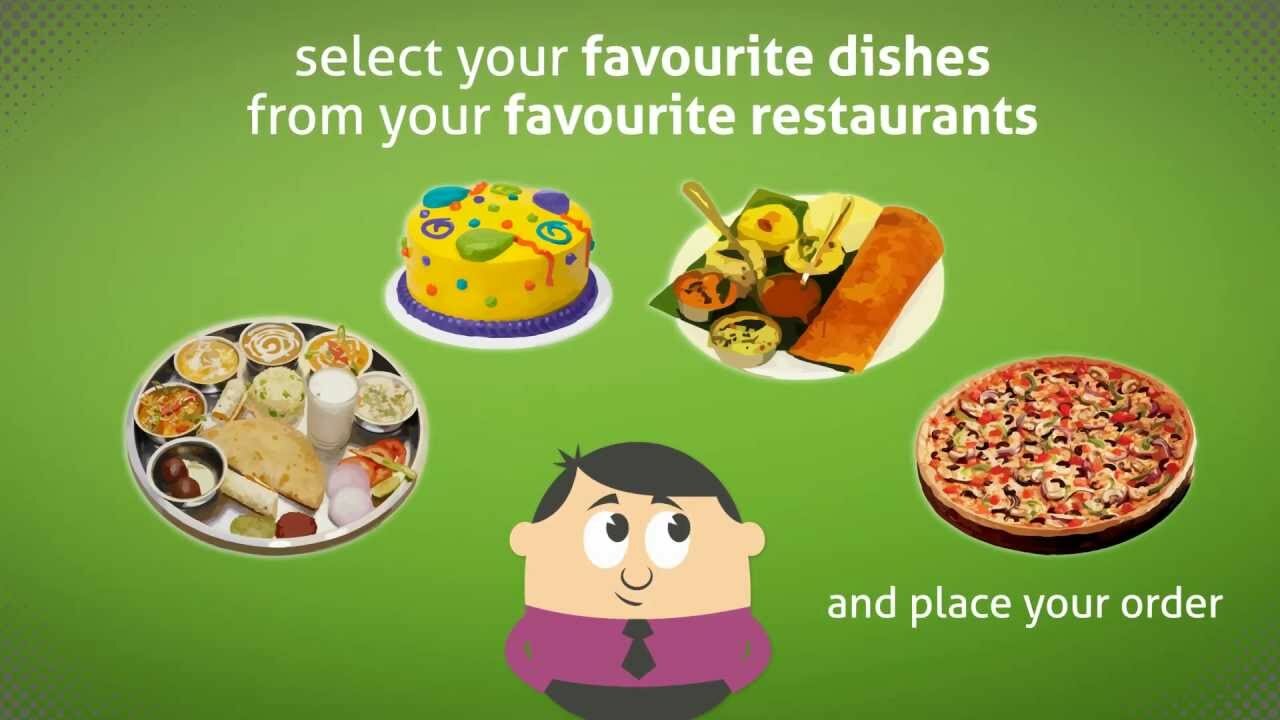 Read the story of Delfoo