Their vision includes sowing the seeds of positive change in the society which would further lead to overall growth of the nation, to keep our morals and ethics alive and thereby not letting the humanity die and to uplift the unprivileged thereby maintaining equality and harmony in the society. 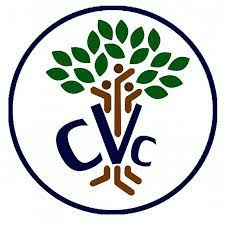 They have taken up various projects highlighting and satisfying their vision like by providing leftover food to slums, CVC stowed its roots towards fulfilling its benevolent vision. For efficient food utilization they identified that they could collect leftover food from parties and marriages. There are many children who suffer from ‘malnutrition’. So with a dream that no person should sleep with an empty stomach and no child suffers from malnutrition CVC took up this initiative. Also they collect old clothes from the stable class of the society and serve it to the needy.

Education being a necessity to lead a fruitful life they identified the problem areas and started taking up projects. According to our Preamble “Any person above the age of seven, knowing any language completely is said to be literate.” So with the view of making our society capable enough to read, write and calculate their profits and losses, CVC started SLUM EDUCATION CAMPS which are conducted on every Sunday in various areas of Baroda. Slum education includes teaching basic Mathematics and languages include Gujarati and English. Apart from these they also teach and try to inculcate basic hygienic habits such as washing hands, bathing regularly, cutting nails weekly, oiling hair and keeping it neat and tied up, etc. In short, to make these people capable enough to compete with the world, CVC started slum education camps.

They believe that the society needs to understand that we, people, are responsible for our country being unclean. The advertisement of Stayfree claims ‘If it irritates us so much then we should do something about it’ and with this view and also the view of making our nation clean and to support the ‘SWACHH BHARAT ABHIYAN’ initiated by our Prime Minister, CVC conducted SWACHHTA ABHIYAN wherein after identifying some areas they cleaned them. They believe that keeping our country clean is not only our government’s duty rather it is every citizen’s responsibility. They have also organized blood donation camps and street plays are also regularly conducted to spread their ideology.

They are a team of 300 active members who have responsibly come together and pledge to build a better nation and to make our motherland proud.