Que.) Tell us about First blood, include how and what it is.

Ans.) First Blood is an online aggregator of blood related services – blood, platelets and stem cells. By aggregator, I mean that First Blood has tie ups with various blood banks and healthcare institutions and serves as a mediator between the requester and the organizations as well as requesters and potential donors. In short, picture Uber, for blood, platelets or stem cells. If a person has requirement of any of the three services, they can post their request on First Blood’s website (www.firstblood.in). A mobile app is also under development for the same.

Consider a scenario where Ajay needs 3 units of A+ blood for his brother. He can post the request on First Blood. He will be displayed the donors with A+ blood along with their contact information as well as blood banks that currently have A+ blood in their inventory. Moreover, Ajay can simply message his blood request to Firstblood’s Whatsapp number: +91 96191 05550. He will get a message in response asking for the blood requester details and hospital name. Once he reverts with the correct details, we will search for blood and respond accordingly with the donor information or blood bank, where the requested blood is available. It’s very simple. The same goes for platelets. For stem cells, we are currently tying up with institutions, although the process here too is the same.

First Blood also matches patients with regular blood requirement such as patients with Thalassemia and other blood related diseases that require regular blood. We have special provision for these patients. When you register on the platform, there’s a field for the user to state if they are Thalassemia patient or not. First Blood also encourages people to voluntarily donate blood and create awareness about it amongst the people, especially the youth. First Blood operates pan India with current operations in Vadodara and Pune.

Que.) How did it happen? Talk about your partners, co-workers –How you came together?

Ans.) I’m the only founder and have explained how it happened in the next question.

Que.) How did the idea come?

Ans.) In the starting of 2015, my grandfather was diagnosed with prostate cancer. His condition had begun to worsen and lymph nodes were also affected. There was excessive blood loss. The doctor used to ask me and my other relatives to bring blood and platelets at regular intervals. We even got blood at 4 am in the morning. Sometimes the blood wasn’t readily available and we had to search multiple blood banks. It was then one day that I thought if there could be a universal platform for people to request for blood. I said to myself; why not use technology to bring the service to the common people? I eventually devised the concept in March this year and began to refine it. I developed a working prototype of the concept by August and finally after making changes launched the website in September. We had a good response with 1 blood bank, 2 NGOs and around 80 registered users during the first week of launch. We also got featured in the Times of India, Ahmedabad on October 11, 2015.

Que.) What actually drives the initiative, hard work or just a wonderful stroke of luck? Support your answer.

Ans.) I would say a bit of both. I had a hard time devising the entire concept initially. I had to talk with medical doctors, who are experts in this field, had meetings with blood banks and had to convince them how and why this initiative will work. We work really hard to keep up with track of requests as well as coordinating with hospitals/blood banks. At the same time, when we launched the initiative, we had an amazing response and the people as well as doctors were really happy to use the platform. We get really excited when people share their experience about First Blood on our social media. There was this one instance when a girl thanked us for coming up with such an initiative since her father is a leukemia patient. Feedbacks like these let us know that we are heading in the right direction – that is helping people through technology.

Que.) What makes you people do it? What is the need of it for the society?

Ans.) My father has always been a philanthropist and we ourselves at First Blood have been part of various social initiatives such as polio camps, sanitation awareness programs and so on. We are the youth of this country and in today’s scenario where the world is a global village; it all narrows down to one particular thing – human connection. We believe that through initiatives like, if we can bring people together and really connect, it would be a great achievement for us as well as the people we can connect – by being helpful to another person who is in dire need of the same.

Que.) What do you want it to become? How you are planning to increase its reach?

Ans.) We hope to create a large-scale awareness of First Blood. We would like to help the society and become a universal platform for blood aggregation services. Currently, we are encouraging people to register with us through social media campaigns, college events and by conducting seminars in various institutions as well as hospitals and blood banks.

Que.) Being part of India’s youth, what do you want to advice or a message for people out there.

Ans.) India is the largest democracy in the world and by 2018 we would have more software engineers than the US. I think that with such a huge pool of talent in our nation and with focused efforts in identifying and solving various obscure problems in our country – it will not be too late when India will be a technology-driven superpower. 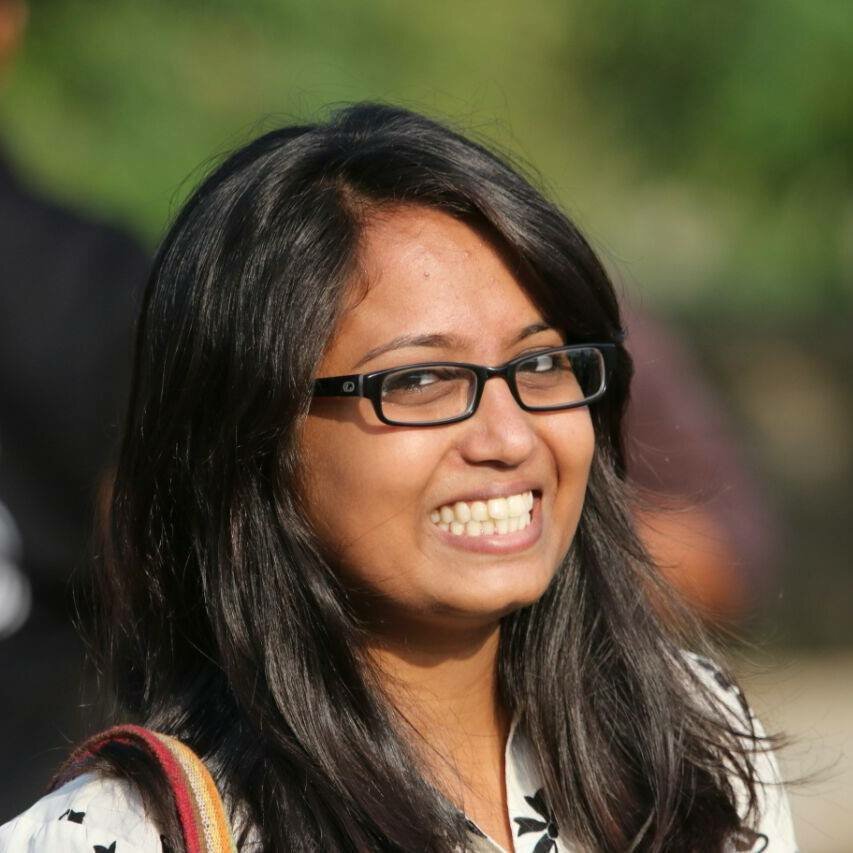 Kavita IngaleCreative Directorkavita@barodabeat.inThe Creative Director of Baroda Beat Ms. Kavita Ingale, has done her graduation in business administration and is currently pursuing masters in human resource management. She is one of our/the most sincere and talented member who's contribution towards Baroda Beat is non negotiable.